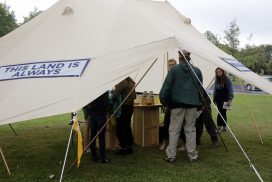 1. OVER THE LEVEE, UNDER THE PLOW 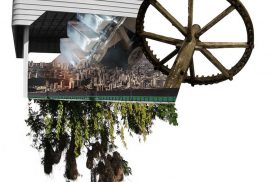 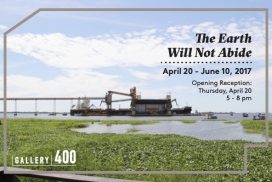 3. THE EARTH WILL NOT ABIDE 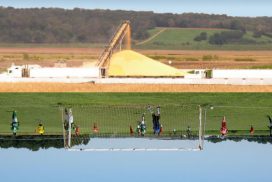 4. BETWEEN THE BOTTOMLANDS & THE WORLD 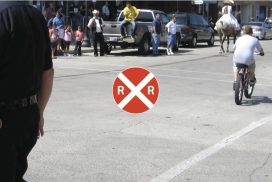 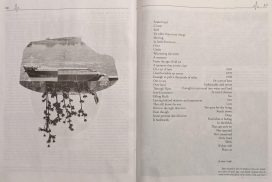 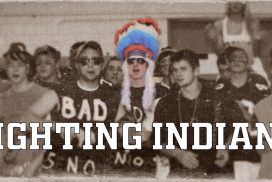 Ryan Griffis (he/him) works on a number of large-scale collaborative projects that are focused on the ecology of the US Midwest. Combining art, pedagogy, design, creative writing, and documentary field work, his work follows the interdisciplinary field of political ecology, aiming to examine how and why economic structures and power relations drive environmental change. As an image maker and writer, he aims to produce works that produce knowledge and advocacy towards environmental justice and better relations amongst human and other-than-human communities.

Most recently, he co-organized “Anthropocene Drift,” one of five “field stations” within Mississippi. An Anthropocene River a large scale, interdisciplinary initiative led by the Haus der Kulturen der Welt and the Max Planck Institute for the History of Science.

In 2016–2017, Ryan co-led a Humanities Without Walls “Global Midwest” funded project (with UIC’s Gallery 400) that culminated in an exhibition and series of events. The exhibition, titled “The Earth Will Not Abide” featured participating artists duskin drum, Brian Holmes, Sarah Lewison, Alejandro Meitin, Claire Pentecost, and Sarah Ross. With Sarah Ross, Ryan produced a multi-faceted documentary project titled “A Great Green Desert” that used video, printed matter, and sculpture to visualize the destructive forces of industrial agriculture in the US Midwest and the interior of Brazil.

Under the name Temporary Travel Office, Ryan has created work and publications that attempt to use tourism as an opportunity for critical public encounters. These encounters include public tours of urban parking lots, speculative proposals for parks and hotels and a series of experimental guidebooks. These works have been presented in various institutional forums, including the Los Angeles County Museum of Art, the Bureau for Open Culture, AREA Chicago, The MAK Center, The Center for Land Use Interpretation and Los Angeles Contemporary Exhibitions.

His writing has appeared in publications such as New Art Examiner, RePublic, ArtUS, Artlink, Rhizome and Furtherfield. He has curated exhibitions for the School of the Art Institute of Chicago, Turbulence.org, Greenmuseum.org and George Mason University on themes that include the politics of genetic technologies, energy consumption, and artistic forays into agriculture.

For the last few years, Ryan has been coordinating Art In These Times, an art venue on Chicago’s west side, hosted by In These Times Magazine. It features 2-3 exhibitions per year by artists and organizations working for social justice in the city and at large.

Ryan was born and raised in the lands currently occupied by the US State of Florida, an uninvited settler in the unceded ancestral homelands of the Mocama-speaking Timucua, Guale, and later the Yamasee and Seminole peoples.
He currently teaches in the School of Art & Design at the University of Illinois, on the lands of the Peoria, Kaskaskia, Piankashaw, Wea, Miami, Mascoutin, Odawa, Sauk, Mesquaki, Kickapoo, Potawatomi, Ojibwe, and Chickasaw Nations.